Media, Politics, and Democracy in the 14th Malaysian General Election Media, Politics, and Democracy in the 14th Malaysian General Election

The proliferation of digital media such as blogging and online news portals has ramifications for national security, spanning future operating challenges of a traditional, irregular and disruptive nature. In this era of globalization and a borderless world, social media play a significant role in providing a space for the public to participate. People now prefer social media as platforms to practice their democratic right; to choose, criticize, and support political ideologies. Social media as critical sources of information today are responsible for delivering information and political news to the public, and this has left an impact on the political support in Malaysia. The rise of Social Networking sites (SNS) mainly Twitter and Facebook as important social media in Malaysia creates a new perspective in public towards the influx of information they receive. Facebook has the highest user population, and Twitter becomes a popular choice among young voters due to its 'friendliness' in disseminating information as well as to exchange opinions and views within society. It is not a surprise if politicians become a part of this new communication landscape to interact and get closer to the voters. Today, the Internet is a decisive factor in Malaysian elections as political issues, and political campaigns are now more dependent on online media. It has helped to speed up democratic action by enabling oppositional viewpoints and shifted the traditional media landscape towards greater diversity and changed the government in power. The information obtained from the conventional and the new media or from interpersonal sources enables voters to make better decisions when casting their votes during the recent election. It increases transparency by facilitating the flow of information about government and has become an essential instrument in promoting democracy. It opened up space for the Malaysian citizens to deliberate political issues and gave the opportunities for the opposition to utilize in influencing the election results. The previous government underestimated the influence of social media on Malaysian voters. With the policy of free cyberspace, social media has enormous potential to strengthen the democratization process and democracy in Malaysia. This book traces the development of social media before the GE14 and how it becomes the new public sphere for the people to express their critical views for and against the ruling government.

ISMAIL SUALMAN Professor Datuk Dr. Ismail Sualman received his primary education from SK Parit Kemang, Senggarang, Batu Pahat Johore, Malaysia. He started his working life as Information Assistant, in 1982 after completing his secondary education at SMK Bentara Luar, Batu Pahat Johore. Ismail earned his Doctor of Philosophy in Communication from Universiti Kebangsaan Malaysia in 2010. His main research interests include journalism, political communication, organizational communication, health communication, and social science studies. He has taught courses on these and other subjects at all levels.

FARIZA HANIS ABDUL RAZAK Fariza Hanis Abdul Razak is an associate professor at Universiti Teknologi MARA (UiTM) Shah Alam. She received her Ph.D. in Computer Science from Lancaster University, the UK in 2008. She is the Head of research and Publication at the Centre of Media and Information Warfare Studies (CMIWS) in UITM. She is also the Chief Editor for the Journal of Media and Information Warfare (JMIW) and an editor of other research books. Her work focuses on user experience with technology, social media addiction, and digital ethics. She currently leads two projects with POS Malaysia and Malaysian Association for the Blind (MAB).

NUURRIANTI JALLI Graduated from Ohio University, United States, Dr. Nuurrianti Jalli is currently a fellow at Centre for Media and Information Warfare Studies, Faculty of Communication and Media Studies, Universiti Teknologi MARA. She has presented her works mainly in the United States and the United Kingdom. Her works focused on media and democracy in Southeast Asia, racial representation in digital media, as well as cyber security. 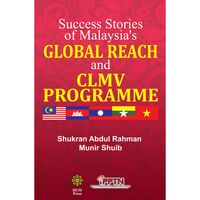 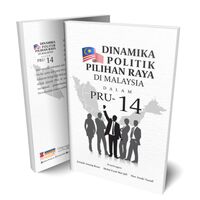 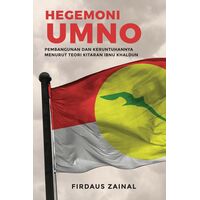 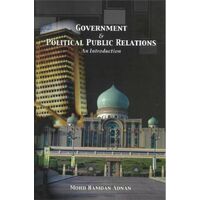